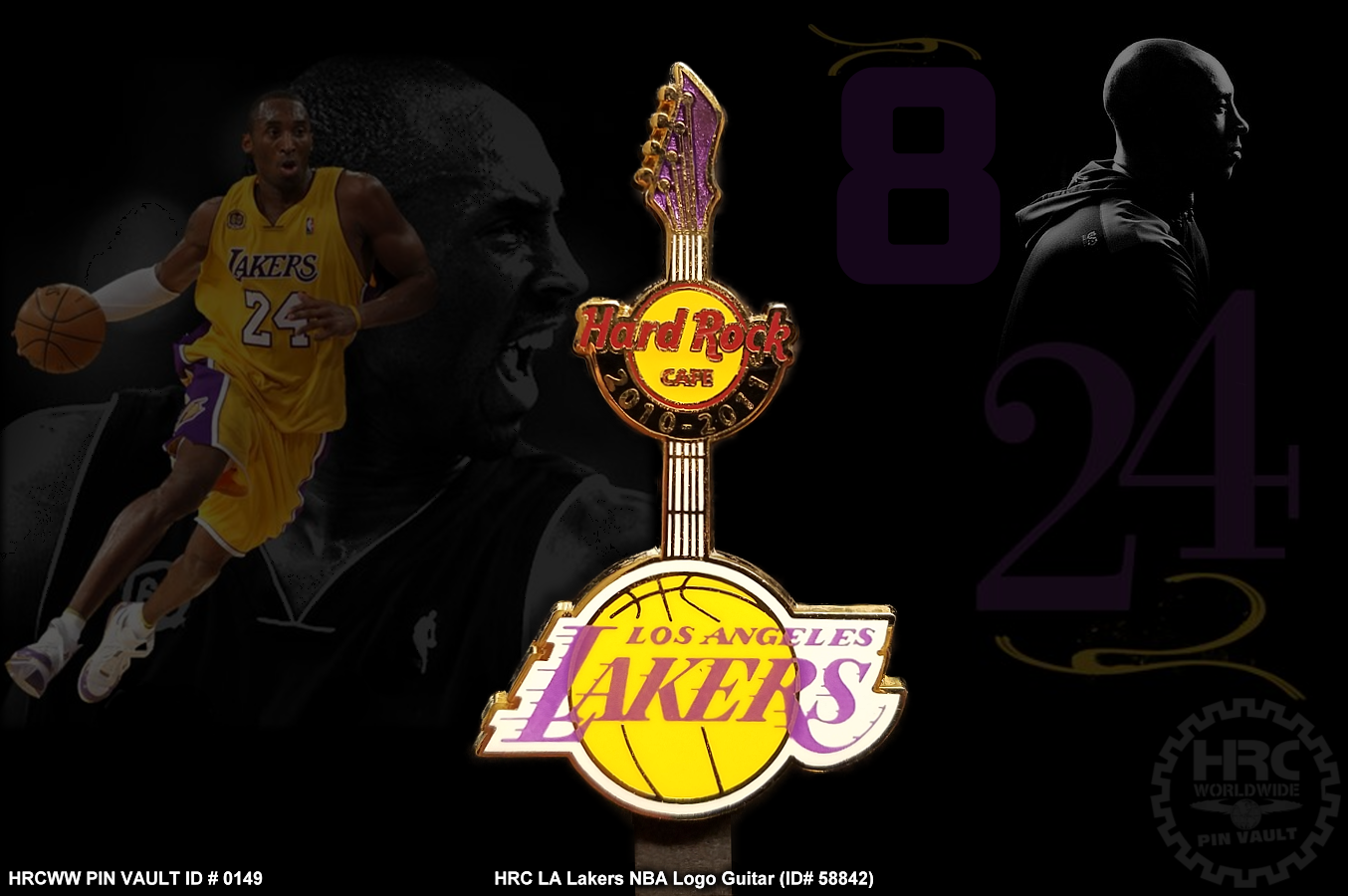 This week with a heavy heart we spotlight the 2011 Hard Rock Café ‘LOS ANGELES LAKERS NBA LOGO GUITAR’ Pin (ID # 58842). We chose this pin overnight to pay tribute to Kobe Bryant, the legendary LA Lakers Basketball Player who tragically lost his life yesterday, along with his daughter Gianna. We send our prayers & love to Kobe’s family, as well as all who perished in this horrific accident. Kobe retired in 2016 after 20 yrs. with the Los Angeles Lakers, an 18-time NBA All-Star winning 5 NBA Championship. Kobe Bryant was Widely regarded as one of the greatest basketball players of all time. He was a husband & father of 4, which is truly heartbreaking – RIP Kobe 😔🙏

This Pin’s design when it was originally released was just your typical HRC Pin with the LA Lakers Logo, part of the NBA Series release – it represents so much more now with the death of Kobe Bryant, his daughter Gianna & the 7 other people who perished in that fatal crash …. he will be missed, he will be remembered – RIP Kobe 😔🙏

The Pin is a gold based metal, tack back, painted design. The pins design is made to look like a vertical guitar with the LA Lakers Logo as the guitar’s body, the head stock is colored in the Laker’s purple, the HRC Logo sits midway down the guitar neck.