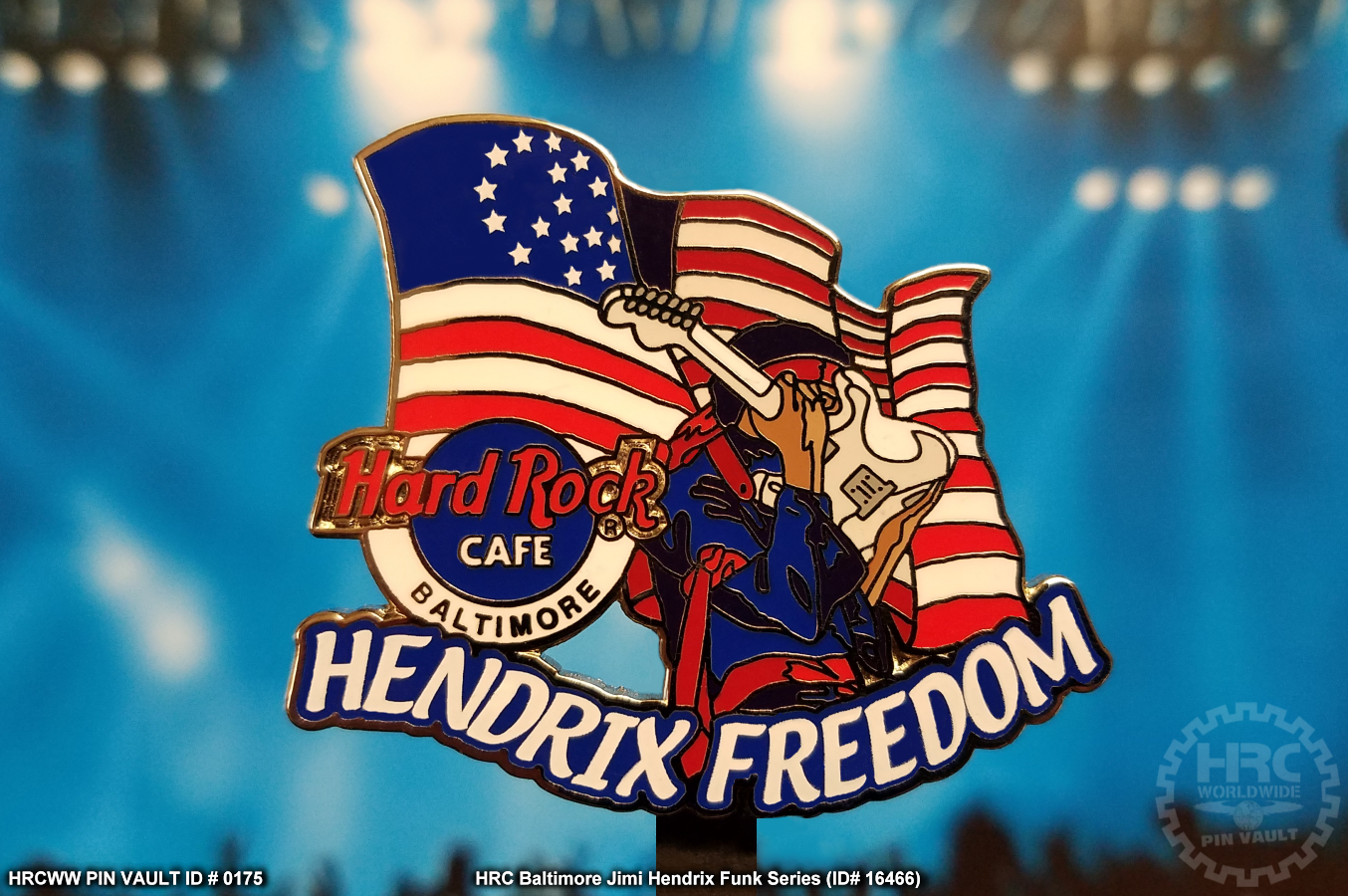 This week we take you to the ‘Third Stone From The Sun’ as we spotlight the 2003 Hard Rock Cafe Baltimore ‘JIMI HENDRIX FUNK SERIES’ (ID # 16466). This Hendrix Series was pretty popular in 2003, we’re not sure how many different versions were designed or how many Cafes participated, we think there were 11 or 12 unique Hendrix Designs. This one has Jimi playing his Axe with his teeth in front of an American Flag as the crowd roars. From our Hendrix Collection, this pin is one the HRC WORLDWIDE Vault’s most coveted pins. So let’s “hold hands an’ then we’ll watch the sun rise from the bottom of the sea.” ✌️☮️

This Pin’s design puts you in the front row as if you were watching Jimi live tearin; iot up at Woodstock ……. “Let me stand next to your Fire”.

The Pin is a silver based metal, tack back, painted design. The pins design scene is Jimi Hendrix playing his Fender Stratocaster with his teeth in front of an American Flag. The stars on the Flag are positioned to make a Peace Sign, The Hard Rock Café Logo is placed to the left & behind Jimi with the customary yellow logo circle colored blue with ‘Hard Rock’ in red – the location ‘BALTIMORE” sits underneath the logo in the typical semicircle format. The words ‘HENDRIX FREEDOM’ is placed at the very bottom of the pin, stretching from left to right across the entire pin in a sort of wavy bold white text.