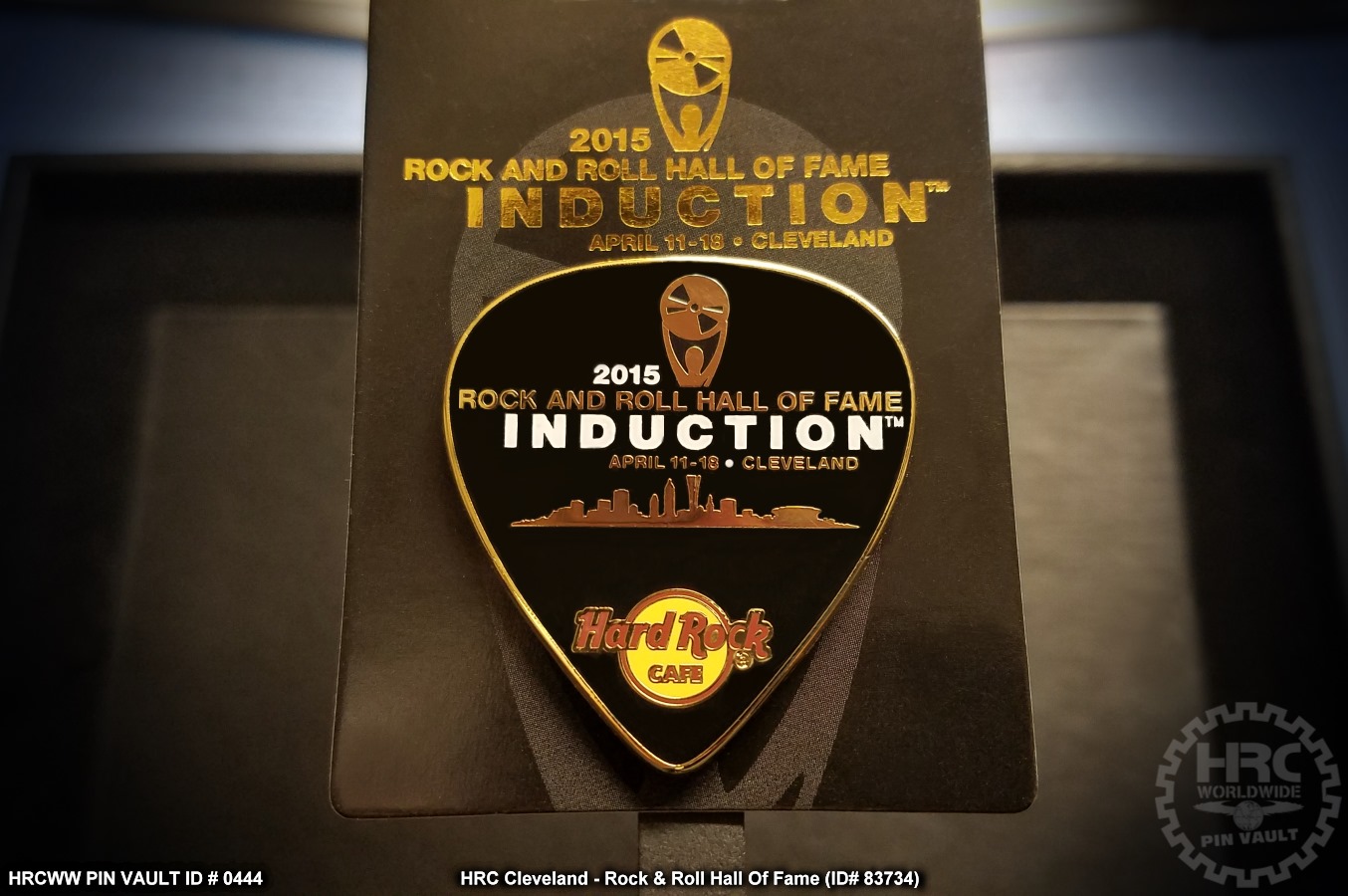 This week’s installment features the 2015 Hard Rock Café Cleveland ‘ROCK & ROLL HALL OF FAME’ Pin (ID# 83734).
We chose this pin because it pays tribute to the last of the Fab Four to be inducted into the Rock N’ Roll Hall of Fame – Ringo Starr. Ringo was inducted into the Rock Hall on April 5, 2015 & because we celebrated Ringo’s Birthday yesterday on July 7th – this pin was released by the Cleveland Café to pay tribute to that day honoring Ringo as well as all the 2015 inductees.

The Pin’s design is a Black Guitar Pick bordered in Gold with the Induction Ceremony information written across the top of the Pin & the Hard Rock Logo placed at the bottom of the Pin – not much to the design – it was sold on a special Rock & Roll Hall of Fame backer card.

The pin is a gold-based metal, tack back, painted design, pin is a Guitar Pick shaped design with the Rock & Roll Hall of Fame Induction information written across the top of the pin, including an image of the Statue given to recipients. the year ‘2015’ written in white at the top next to the image – “Rock And Roll Hall Of Fame’ written in gold just underneath the year – ‘INDUCTION’ written in a large white bold font beneath the other 2 text referenced above – the date of the Induction Ceremony ‘April 11-18’ & the city it was held in ‘CLEVELAND’ written in gold letters underneath the word ‘Induction” – a silhouette of Cleveland in gold sits underneath the date – The Hard Rock Café Logo is placed at the base of the pin – this was a Limited Release 750. 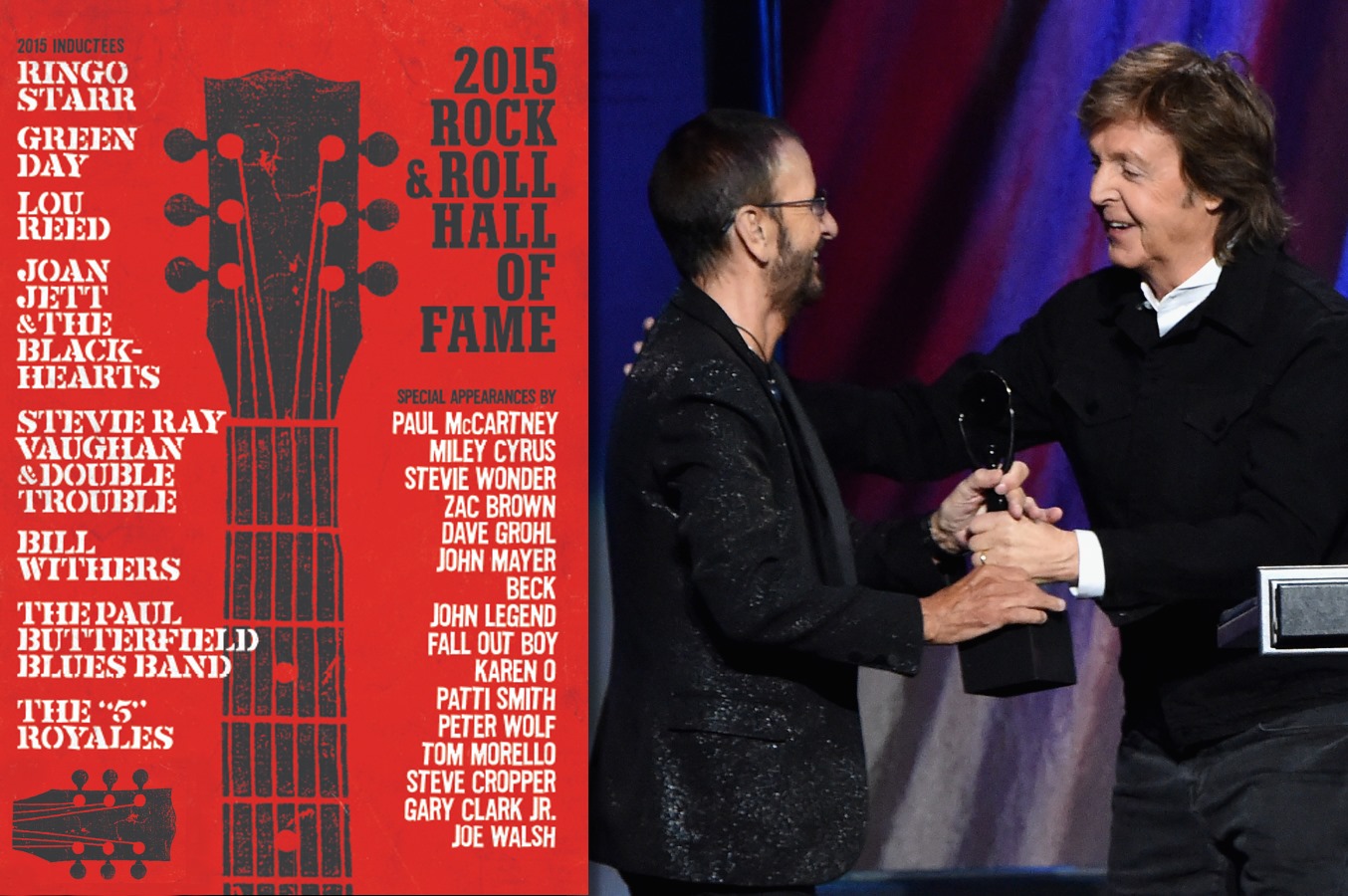