We will hopefully soon list the team members here with specialists for all kinds of HRC Collectibles – so that you can reach out with your stories, questions on the database or just another good link we should add here!

Contact Lou for Links to be added or a good story to be told, he can be reached via his FB page. 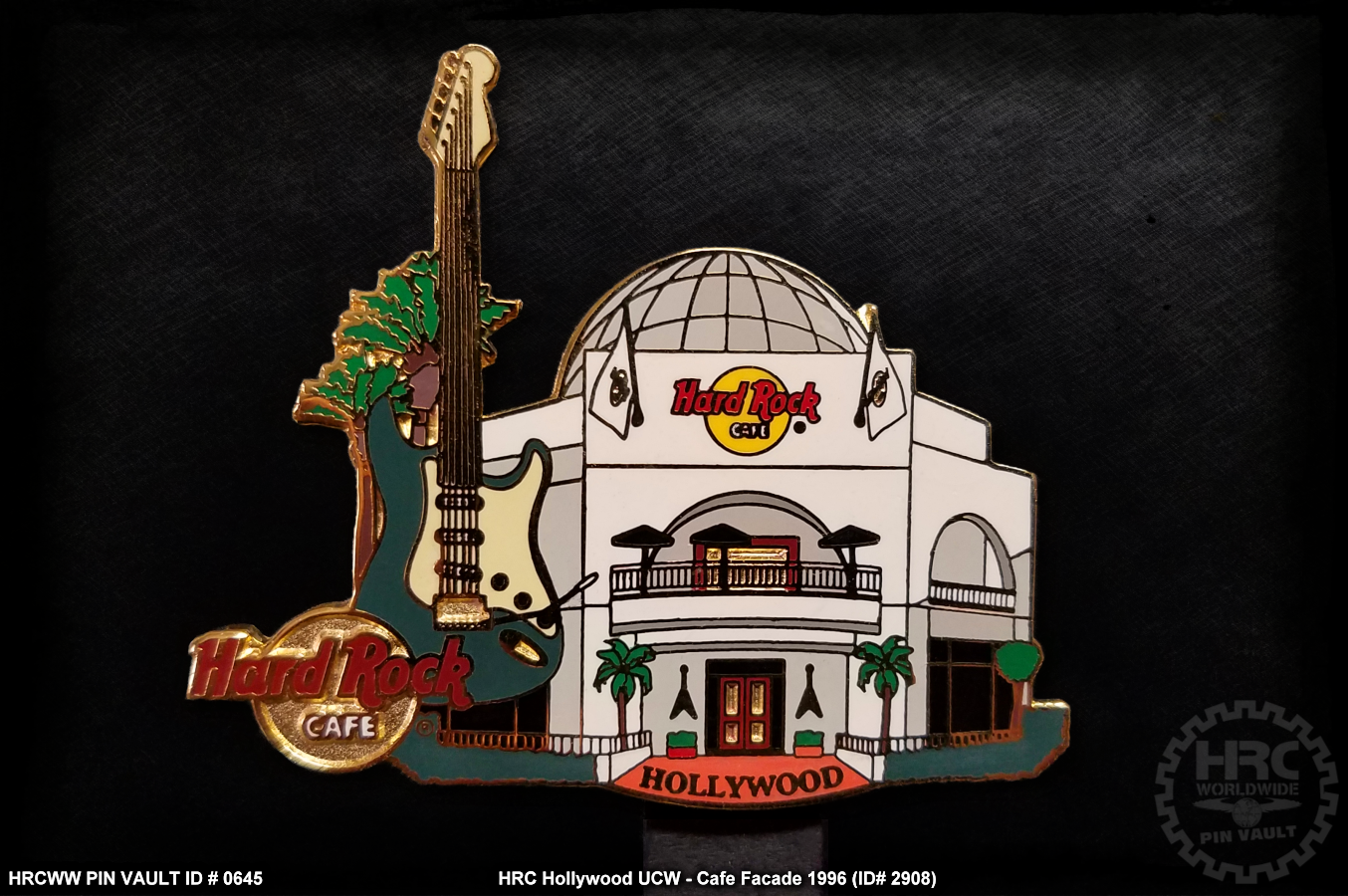 The first installment for 2020’s ‘PIN OF THE WEEK’ is a bittersweet one, we present the 1996 Hard Rock Cafe Hollywood at Universal CityWalk ‘CAFÉ FAÇADE’ Pin (ID # 2908). This is a classic pin that we’re sure everyone will want in their collection knowing now that today Jan. 6, 2020 is officially the day the HRC Hollywood UCW has closed its doors. The Café was a mainstay since 1996 at the Hollywood Universal Studios Citywalk, but that time has ended. This pin as well as all of the HRC Hollywood UCW pins will be part of the HRC WORLDWIDE Vault’s most coveted pieces. 😔🤘

The Pin’s design pay homage to a Classic Cafe that is no more – HRC Hollywood UCW, you are gone but not forgotten 😔🤘

The Pin is a gold based metal, tack back, painted design. Spotlighting the front façade of the HRC Hollywood Universal Citywalk as it was in the 90’s, first opening in 1996. Though the front over the years has had some minor changes it’s the giant guitar that has changed over the years from green to a flamed red & black guitar to the famous Eddy Van Halen ‘Frankenstein’ guitar, which can currently be seen towering in front of the Café, but not for long. The Pin has the HRC logo positioned to left in Gold with red letters. The location ‘HOLLYWOOD’ is placed at the very base of the pin, underneath the front entrance.