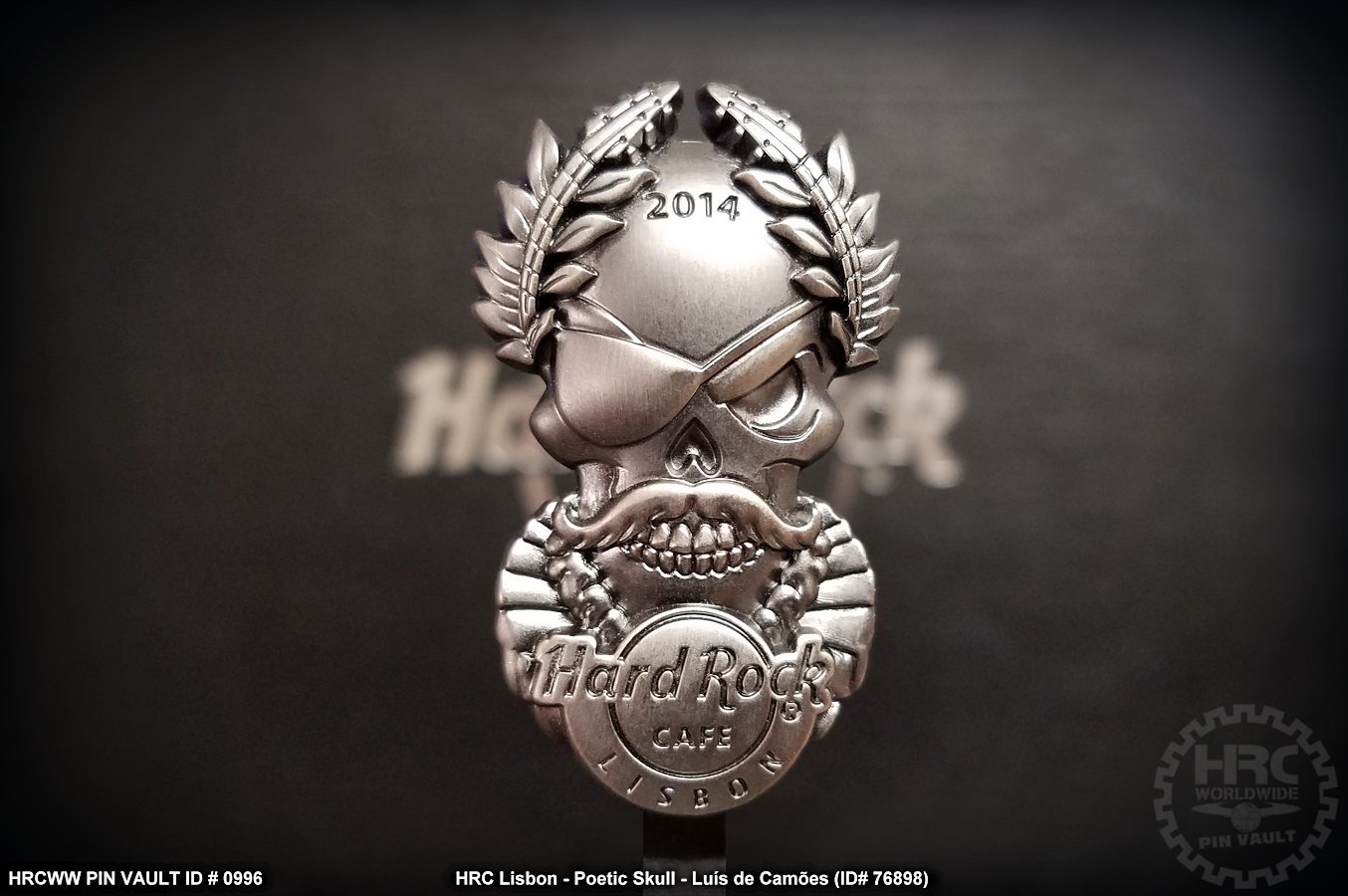 Another great Skull Design with meticulous detail from top to bottom & the inspiration of a real life local historical person really makes this one special for collectors.

The Pin is a 3D brushed silver-based metal, tack back, unpainted design. This Pin’s design pays tribute to the 16th Century Poet Luís de Camões, who is considered Portugal’s greatest poet. His mastery of verse has been compared to that of the works of Shakespeare. The Pins displays a skull with a “Guitar Neck” Laurel a Patch over the right eye, a moustache with what was known as a ‘Ruff’ Collar around the Skull’s neck. The Hard Rock Café Logo placed at the base of the pin the location ‘LISBON’ underneath the logo in the typical semi-circled format. This was a Limited Edition 300 release