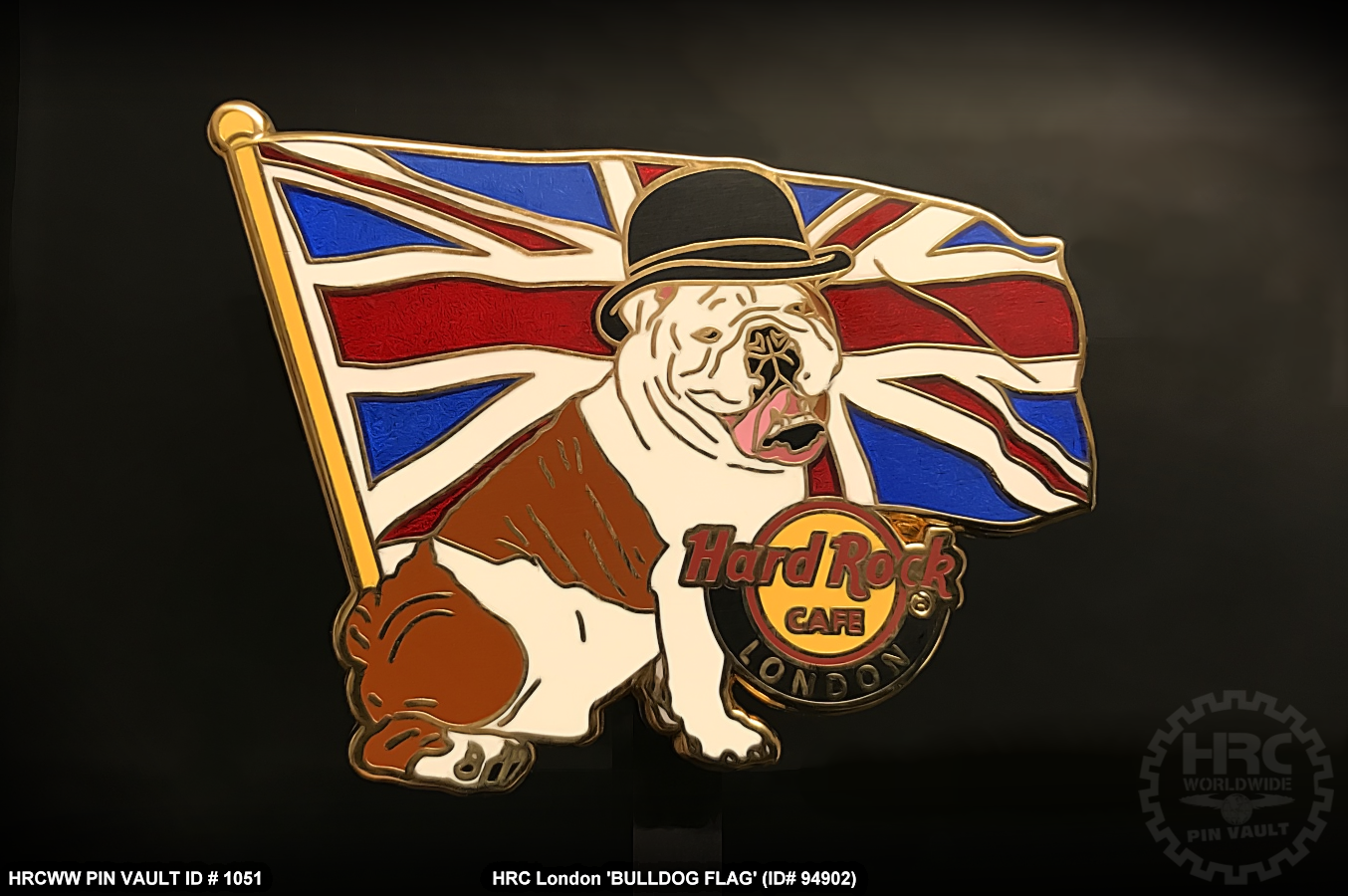 This week’s featured Pin is the 2017 Hard Rock Cafe London ‘BULL DOG W/ FLAG’ Pin (ID # 94902) & we sure love Bulldog pins, this pins acquisition was made possible by a good friend from across the Pond, one of the very own Musketeers of the London Café & a PTM Underboss Mr. Mike Poster – Thanks Mike, this was a awesome addition to the HRC WORLDWIDE Pin Vault.

This Brit Bulldog is as real “Diamond Geezer’, sporting his ‘Billycock Hat’ in front of the Union Jack – you gotta love this guy – 🙂

The Pin is a gold-based metal, tack back, painted design. This Pin depicts an English Bulldog wearing a Bowler Hat, also known as a ‘Billycock’ – here in the States we refer to it as a ‘Derby Hat’. This fine English Bulldog is sitting proudly in front of the British ‘Union Jack’ Flag. The Hard Rock Café logo is placed just above his front paws, the location ‘LONDON’ written in its typical semi-circled format underneath the logo. This was a Core release.