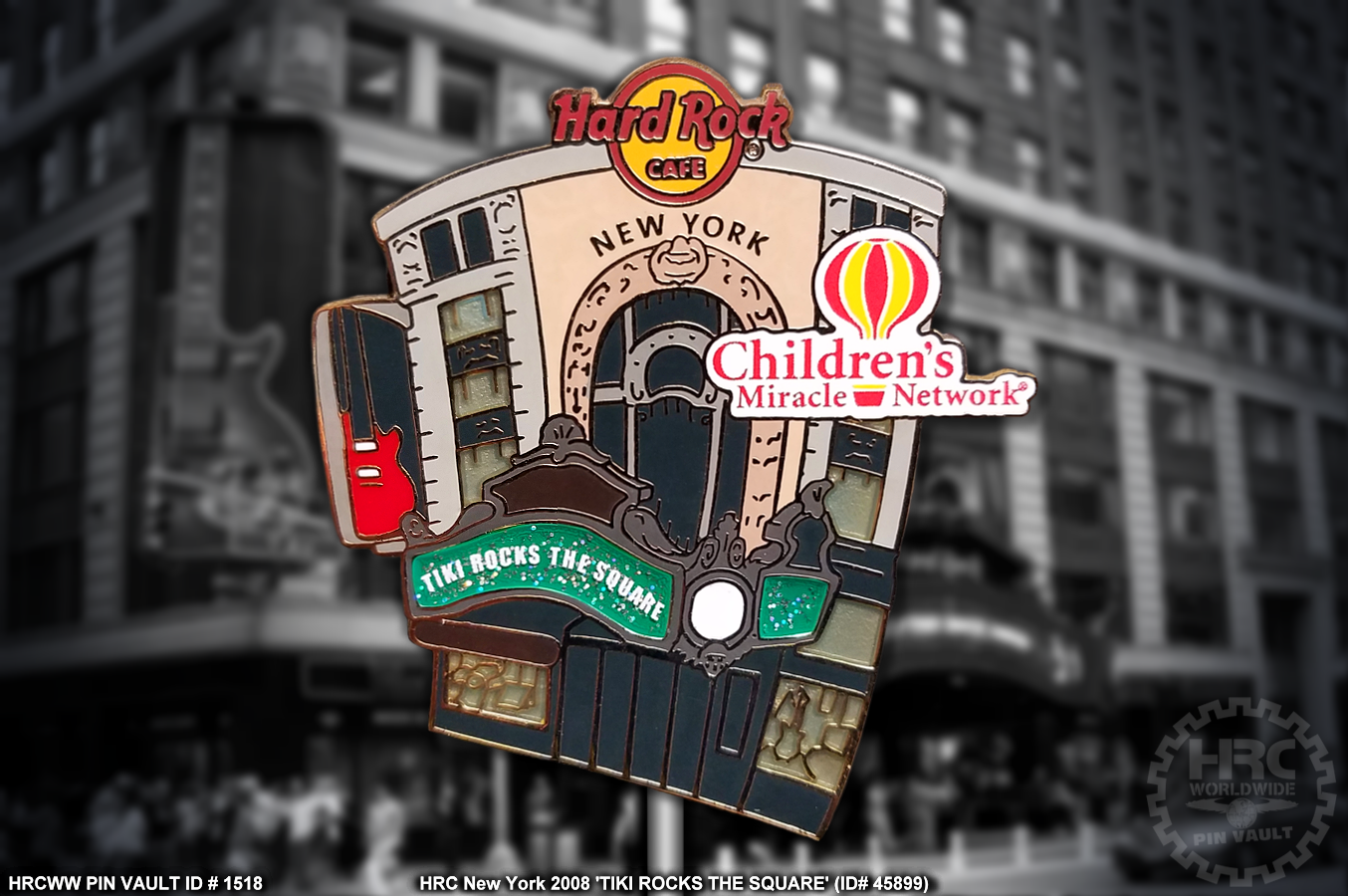 This week we spotlight the 2007 Hard Rock Cafe New York ‘TIKI ROCKS THE SQUARE’ Pin (ID# 45899). The Pin was released to help benefit ‘The Children’s Miracle Network’ an organization that raised money for Children’s Hospitals throughout North America. On May 7, 2007 Tiki Barber a well-known New York Giant Football Player helped to raise money for the Charity by hosting a Charity Event at the HRC in New York, the VIP Event also had Jon Bon Jovi, a friend of Tiki’s, providing the entertainment for the evening. The pin was designed & released to coincide with the Charity Event, a very unique design & a great acquisition for the HRC WORLDWIDE Pin Vault.

Pin is a gold base, tack back, painted design. The design depicts the Paramount Theater Building, which is where the Hard Rock Café Times Square New York is located, in a distorted & warped appearance, the Hard Rock Café Logo is placed at the very top of the pin the location ‘NEW YORK’ is written where the ‘Paramount Building’s name’ would usually be, the ‘Children’s’ Miracle Network’ Logo is placed to the top right of the pin, the Marquee made up in green sparkle reads ‘ “TIKI ROCKS THE SQUARE’ which was the name of the Charity Event Hosted by Tiki Barber in May of 2007. The Pin was a Limited Edition 700 release.