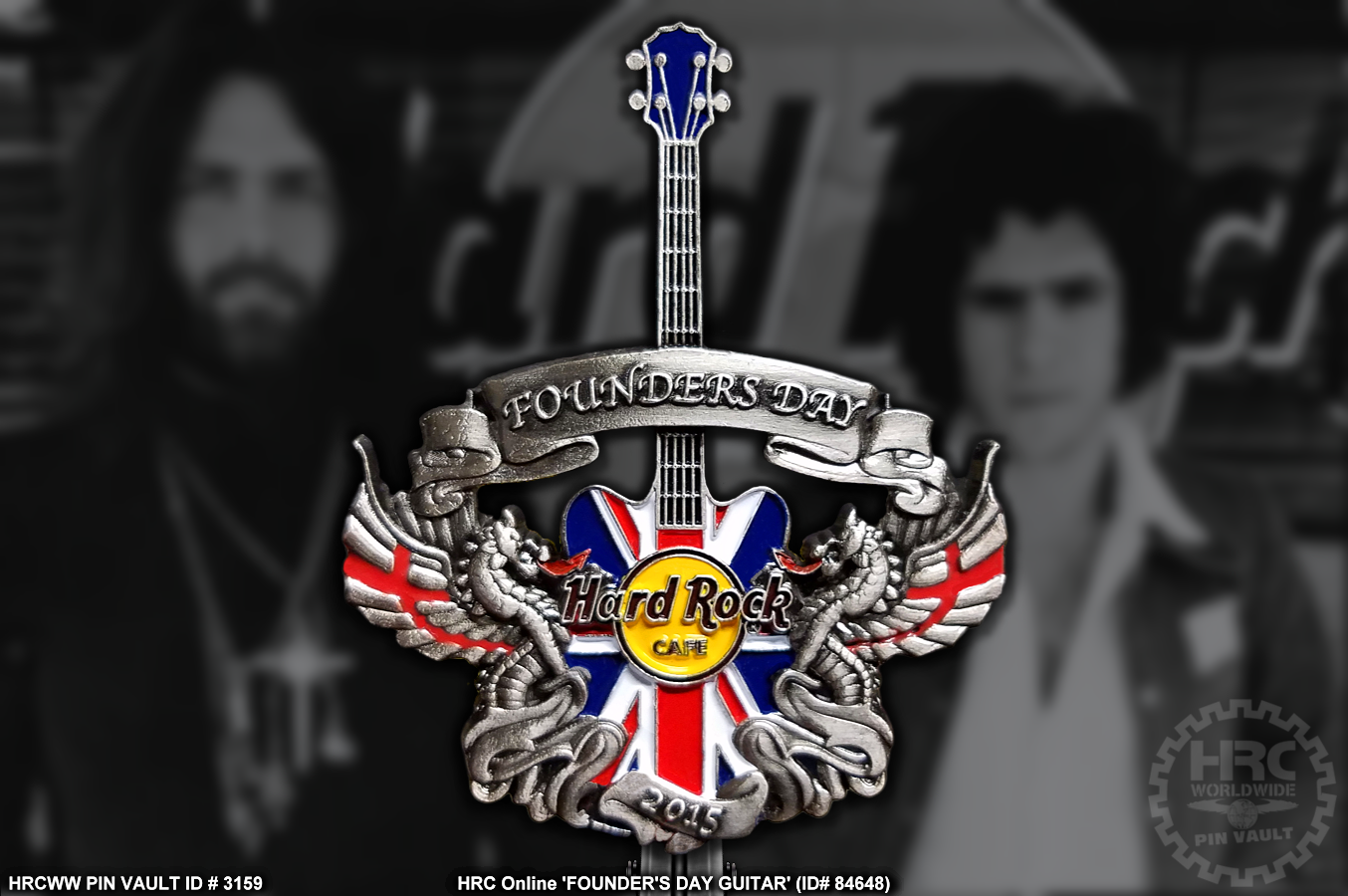 Every year we celebrate the Anniversary of the opening of the first Hard Rock Café, this day is known to Hard Rock Fans around the world as ‘FOUNDER’S DAY’. The first Hard Rock Café to officially open was in London opening on June 14, 1971, now before we receive a bunch of comments referencing the Café that was in Jackson, TN for a short period of time as the first, we stand by the original history of London being the first to be opened, everything we’ve researched, were told & could find would lead us to believe that the Jackson, TN Hard Rock could very well be considered the first in the U.S., but we’ve seen that debated as well – Hard Rock has yet to officially acknowledge the HRC in Jackson, TN, but we all know it was there & it was real – So, that being said we raise a glass & toast the Hard Rock Café’s 49th Anniversary today. 😎🍺🤘🥳

PThe Pin we’re spotlighting is the 2015 Hard Rock Online Exclusive ‘FOUNDER’S DAY GUITAR’ Pin (ID# 84648). The pin is a very regal looking, partially painted, and could be considered a Hard Rock Crest, with 2 winged dragons facing a centered guitar with its body made up as the Union Jack Flag. A large ribbon banner draped just above the guitar body with ‘FOUNDERS DAY’ embossed across the banner, a good portion of the pin is a muted grey metal, resembling a knight’s armor, the Hard Rock Café Logo placed in the center of the pin & guitar body, colored in the customary Hard Rock mustard yellow, the year 2015 embossed at the base of the pin. A great acquisition for any collector & an awesome addition to the HRC WORLDWIDE Pin Vault.
~
The pin was a Limited edition 100 release & was exclusively released in the Hard Rock Online Rock Shop.