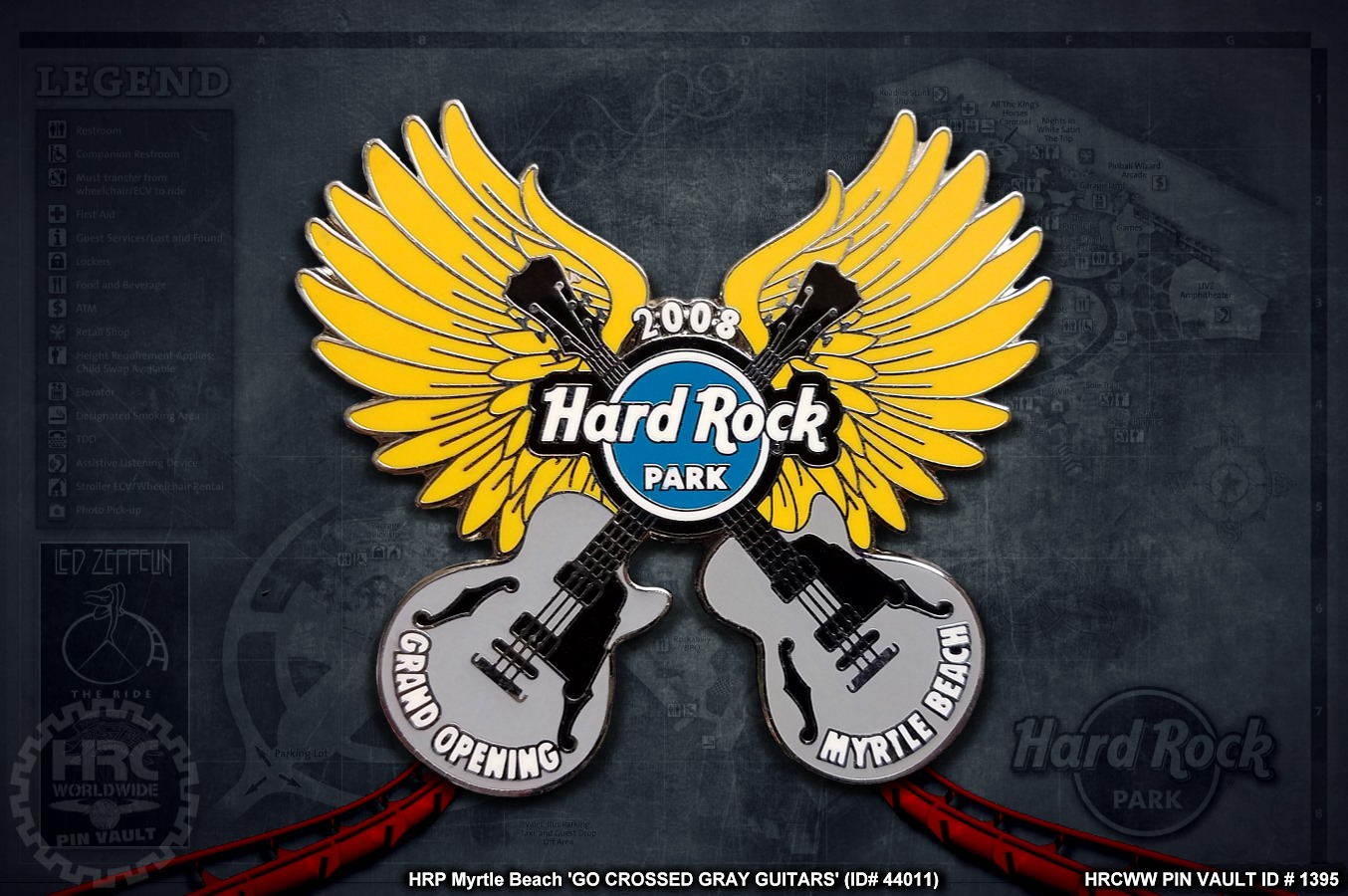 This week we spotlight the 2008 Hard Rock Park Myrtle Beach ‘GRAND OPENING CROSSED GRAY GUITARS WITH YELLOW WINGS’ pin (ID# 44011). This pin was one of the many pins purchased at the Hard Rock Park in Myrtle Beach in 2008 while visiting the park, which was AWESOME! This grey guitar yellow winged pin was one of several designs, we think 6 other variations were released at the park, with different guitar colors & several with different colored wings. This was a great onsite acquisition for the HRC WORLDWIDE Pin Vault, a piece of Hard Rock History from a place that just did not make it.
~
The Hard Rock Park didn’t last very long opening on April 15, 2008, & was closed by Sept. 24, 2008 – it had 5 Themed Sections – ‘ROCK & ROLL HEAVEN, ‘ BRITISH INVASION’, ‘BORN IN THE USA’ & ‘COOL COUNTRY’ – unfortunately the park declared Bankruptcy & was done – there’s a lot of reasons for the closing & you’ll have no problem finding a ton of theories & opinions – all we know is it’s a damn shame – The park itself was pretty damn awesome.

The Pin is silver-based metal, painted, tack back design. The design is 2 crisscrossed gray ‘Gretsch Style Chet Atkins’ guitars with the Hard Rock Park logo centered between the 2 guitars, behind both the Logo & guitars are a pair of yellow wings fully extended. The year 2008 sits at the top of the logo, ‘GRAND OPENING’ is written across the bottom of the left guitar & ‘MYRTLE BEACH’ is written across the bottom of the right guitar. This was a Limited Edition 750 release