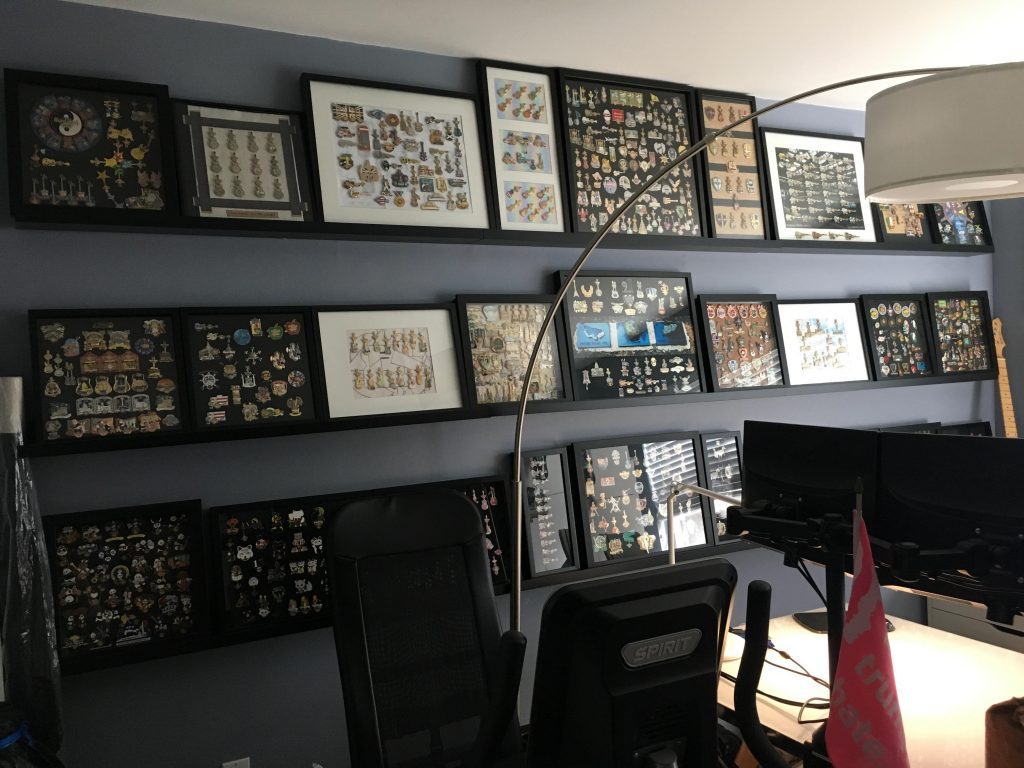 For our third Collector Showcase, we introduce Lisa Bertman Hoffman, also known as “dez9rlady”, of McLean, VA. Lisa is the Pin Master for the three Northfield Park locations, Cleveland and Tel Aviv!

1. When did you start collecting and what did you first collect?
I bought my first pin in 1984 not knowing it would lead me to the crazy world of pin collecting and the many great friends I’ve made over the years. I was a recent design school graduate visiting LA’s Beverly Design Center. I came across this great hamburger joint across the street called the Hard Rock Café. When I paid my tab, they had what became to be known as a classic, no name black Les Paul guitar pin for sale. If I recall correctly, it cost $4 and I had myself a souvenir of my LA trip.

Fast forward 10+ years and I was traveling a lot for work. I knew if there was a Hard Rock where I was going, I could get a good burger and pick-up a pin. In 2002, I relocated from Cleveland to Washington, DC. My office was around the corner from the café and I soon met Floyd Terry, DC’s pin master. The rest is history and it’s all his fault 😊

I have different collections of Hard Rock pins. Cleveland and New York having lived in both cities. Breast Cancer-I’m a survivor, City-T’s for every location I’ve visited, Classic Cores for every city I’ve been that has or had a Hard Rock, and sugar skull animals. I have a few series-Dublin Doors, Amsterdam Delft, Philadelphia Solar System and the Deconstructed Guitars to name some. The European Train Series is my favorite. Architecture, art and design are interests of mine so pins of buildings and structures are a big part of my collection. I love cats, I have three of my own.

The collection I’m most proud of is of my 9-11 pins. I was part of the Pentagon Renovation Program post 9-11. I believe I have all the pins produced by Hard Rock commemorating the events of 9-11.

What has been your favorite festival, event or visit related to your collection?

My favorites have been the ones I’ve turned into an excursion. In 2014, on my way to London’s pinORIGINAL, I spent 10 days traveling Ireland, N. Ireland, Scotland and England and visited five Hard Rock locations along the way. In London, I met Lovely Rita who is one of the original Hard Rock waitresses from 1971 and the infamous London Musketeers-Mike, Nick, David, Doug and Dixie.

But my favorite was Reykjavik in 2017. It was a gathering started by three collectors celebrating their 300th unique Hard Rock visit. It snowballed into a party that included others celebrating their milestone visits including my own 50th. I spent a week in Iceland traveling solo and with other collectors. Incredible country.

2. What else do you collect besides Hard Rock Pins?
I have a very small collection of Cleveland themed Guitar Mania mini guitars produced as a fundraiser for the United Way with the Rock and Roll Hall of Fame. I have limited space and need to leave room for me!